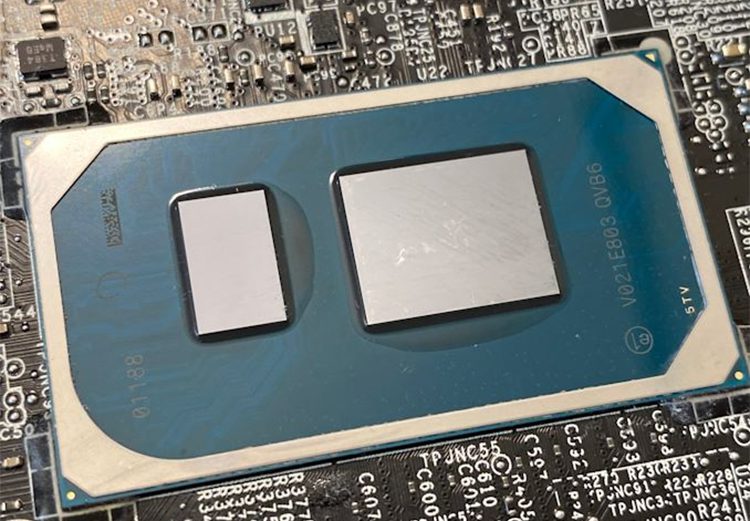 In early September, Intel announced a new series of mobile processors, the 11th Gen Intel® Core ™, also known as Tiger Lake. During the presentation, the company talked about significant progress and strengths, claiming that these processors will be the best platform for thin and light notebooks. Independent tests of notebooks based on these processors have now surfaced on the web to validate Intel’s claims.

Leading laptop makers have a wide variety of 11th Gen Core processor-based solutions planned, but all of them should only be available in October. Therefore, now a prototype has been tested in leading publications, which was a 14-inch laptop on the flagship Core i7-1185G7 processor (with Intel® Iris® Xe Graphics), equipped with 16 GB of dual-channel LPDDR4X-4266 SDRAM and a terabyte Samsung SSD PM981a.

In its review, Tomshardware.com compared this mobile computer to the Lenovo Yoga Slim 7 powered by the rival’s flagship 25W 8-core 7nm mobile processor, the Ryzen 7 4800U, as well as the Razer Blade Stealth 13 laptop, which uses a 25W quad-core 10nm Core i7-1065G7 processor from the previous Ice Lake family. Both competing models had similar hardware configurations.

In tests, the system based on the new Core i7-1185G7 showed a significant advantage over the previous generation Core i7-1065G7 laptop, and in addition, in single-threaded mode it was about 38% faster than a laptop with a Ryzen 7 4800U processor (according to Geekbench 5.2). With half the number of cores, Tiger Lake did not win in multi-threaded tests, but the lag was not as strong as one might expect.